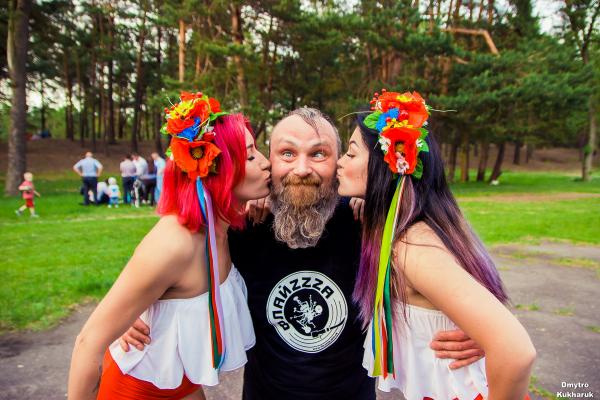 The first concert of the summer of the band “FlyzZzа” turned out to be wonderful. A good company (and this is a stranger from Diamond Stars, a photographer Dima Kukharuk, a driver of Sanya Rudchik and a sound engineer Kermit) added to this trip even more excitement. It’s a pity that the young people in Manevich come out of houses and bars only when they are dark. In fact, good part of our performance we revered mainly for the older generation and children who were the most daring creatures on the planet, because almost every movement on the stage repeated for us 🙂 Later, it’s true, already on the dance from Timi young people still got to the scene and broke off as mad. We could not escape the scene! This time, we boasted of new banners and new costumes from Diamond Stars. It was great! Thanks to everyone who has joined the holiday;)
Swipe for a photo, and very soon a video report from the event;)